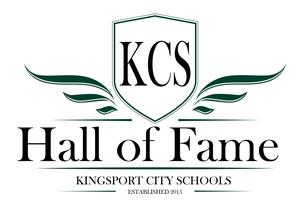 Joyce Cooper: Mrs. Cooper retired in 1987 after 27 years in education with Kingsport City Schools. After one year of student teaching at Washington Elementary School in 1960, she spent the remainder of her teaching career as a 5th Grade teacher at Washington Elementary. She is well remembered for her innovation, inclusivity, humor, and sense of discipline in the classroom. Mrs. Cooper encouraged all students to reach their fullest potential as well as becoming an inspiration for other teachers — both past and future generations. In her time at Washington, she was involved in the community, carried her faith into the classroom, and welcomed all students regardless of personal obstacles or background. Mrs. Cooper held her students close to her heart and taught not only the required curriculum, but instilled lifelong lessons beyond the classroom. She was named Kingsport City Schools Teacher of the Year in 1972 and later received the Outstanding Educator Award for Tennessee in 1986. In addition, she was a member of the Phi Kappa Phi Honorary Society. Joyce Cooper was posthumously elected to the KCS Hall of Fame in the Tradition Era Category (Retired 25 to 49 years from induction). Jim Welch: Mr. Welch's teaching career in Kingsport City Schools spanned 30 years from 1976 to 2006. During his tenure, Mr. Welch taught 7th social studies, 8th grade American History, and coached boys and girls soccer. He served as the president of the Kingsport Education Association, the legislative chair of the Tennessee Education Association, and as an educator liaison to the State Board of Education. Mr. Welch was named Tennessee’s Outstanding Teacher for the Humanities in 1998 and Tennessee’s Outstanding Teacher of Social Studies in 2002. He was a respected teacher that every student hoped to have. He was engaging and he made learning relatable and memorable along with forming personal connections with all of his students. Mr. Welch’s voice has been heard across the world and known for his engaging and well thought out messages. He is recognized as the face of Elizabeth R. Griffin Research Foundation which was established upon the death of a Kingsport student while working in an animal and biological research center. After seeing the loopholes first hand, Mr. Welch had a passion to change agency operations and policies worldwide to promote biosafety. His ability to portray his ideas in a thought provoking manner, makes him a tremendous asset to the organizations he's involved with. Mr. Welch was elected onto the Board of Education for a four year term starting in 2019 and was later elected president of the Board in 2020. Jim Welch was elected to the KCS Hall of Fame in the Modern Era Category (Retired less than 25 years from induction).
The Class of 2021 elected to the KCS Hall of Fame includes:

William A. Clark: Mr. Clark retired in 1998 from Kingsport City Schools after 35 years in education, 31 of those years with KCS. Mr. Clark began as a social studies teacher and coach at Robinson Middle School in 1967 before becoming assistant principal. He served as principal for Jackson Elementary School before moving back to Robinson as principal. During his tenure, Robinson was chosen twice as one of the top 11 schools in national competition. In 1987 he received the KCS Outstanding Educator Award and later spent a year overseeing programs and construction of the new Washington Elementary School. Mr. Clark also received a Certificate of Merit and a Certification of Distinction from the U.S. Department of Education. He is remembered as an excellent leader, communicator, and mentor with a strong sense of professionalism and a good sense of humor. William A. Clark was elected to the KCS Hall of Fame in the Modern Era Category (Retired less than 25 years from induction). Anna Dickison: After 38 ½ years at Lincoln Elementary School, Mrs. Dickison retired from Kingsport City Schools in 1998 with 42 ½ years in education. She taught 4th grade from 1959 until her retirement, previously taught as a 7th grade teacher in Portsmouth, Virginia, and a 5th grade teacher at Sulphur Springs Elementary School. While at Lincoln Elementary,, Mrs. Dickison served as a mentor for student teachers as well as her fellow educators. Stern but fair, she valued her students’ social-emotional learning in addition to their academic learning; always encouraging them to succeed by overcoming personal challenges. In her tenure, she achieved the status of Careel Level 3 Teacher, a now discontinued program, which demonstrated her exceptional teaching abilities and leadership skills. Anna Dickison was elected to the KCS Hall of Fame in the Modern Era Category (Retired less than 25 years from induction).

V.O. Dobbins, Sr.: Known as “Festa” Dobbins, Mr. Dobbins, Sr. retired in 1966 from Kingsport City Schools after 31 years serving as coach, teacher, and principal of Douglass Elementary-High School. Mr. Dobbins, Sr. led the education of hundreds of Kingsport's African-American children prior to desegregation in 1966. With 40 years in education, Mr. Dobbins, Sr. began his teaching career  in 1935 as a science and math teacher. He later became principal of Douglass in 1942 where he started a free lunch program to provide students food. Champion of the underprivileged, the very food provided to his students was grown from his personal garden. On June 8, 1966 Douglass School closed its doors and ceased operations, making it one of the last all-black schools in the region to close. Upon his retirement, Mr. Dobbins, Sr. witnessed 384 African-American students and 16 teachers integrate into KCS. The Douglass High School Alumni Association was formed to remind and lead school graduates and former students of the "Tiger Spirit '' which forever binds them with their African-American heritage in Kingsport. Mr. Dobbins, Sr., was also heavily involved in numerous organizations, most notably, the Kingsport Housing Authority, the NAACP, and the Central Baptist Church. In addition, Mr. Dobbins orchestrated the purchase of recreational grounds for black citizens of Kingsport and opened his home to young teachers. He was a true servant-leader, dedicated to his students and his community, aiming to bring social and economical equality to his community. The former Douglass School, now the V.O. Dobbins, Sr. Complex was renovated and remodeled into Kingsport's multi-purpose facility housing non-profit organizations, a community space, and basketball courts.  V.O. Dobbins, Sr., was posthumously elected to the KCS Hall of Fame in the Legacy Era Category (Retired 50 years or more from induction).
Currently in its seventh year, the KCS Hall of Fame was established to honor and recognize those individuals that have made significant contributions to Kingsport City Schools and its students, celebrate the excellence of KCS and its employees, preserve the history of the district, and promote the positive values of Kingsport City Schools, its employees, and its students.
The 2021 KCS Hall of Fame Induction Ceremony will be held on Monday, July 26, 2021 at 11 a.m. in the Dobyns-Bennett High School Buck Van Huss Dome (1 Tribe Way, Kingsport).  The ceremony is open to the public and free to attend.

For more information on the KCS Hall of Fame and its inductees, visit www.k12k.com or click here.


Kingsport City Schools (KCS) is a public school district located in Kingsport, Tenn., serving students in Sullivan and Hawkins county. The district is comprised of 13 schools, including a Pre-K, eight elementary schools, two middle schools, one high school, a high school program of choice, and an alternative learning program; with total enrollment over 7,600 students. The vision of Kingsport City Schools is to Inspire. Cultivate. Impact.
For more information on KCS, visit www.k12k.com, listen live on WCSK 90.3 FM, The Voice of KCS, read our blog, We Are KCS, download our mobile app for Apple/Android devices or call (423) 378.2100. We’re social too; follow us on Facebook (Kingsport City Schools), Instagram (@kcs_district), Twitter (@KCS_District), LinkedIn (Kingsport City Schools), and check out our YouTube Channel (KPTSchools).
####
Print